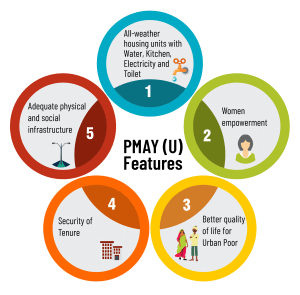 Pradhan Mantri Awas Yojana – Urban (PMAY-U) a flagship Mission of Government of India being implemented by Ministry of Housing and Urban Affairs (MoHUA), was launched on 25th June 2015. The Mission addresses urban housing shortage among the EWS/LIG and MIG categories including the slum dwellers by ensuring a pucca house to all eligible urban households by the year 2022, when Nation completes 75 years of its Independence. PMAY(U) adopts a demand driven approach wherein the Housing shortage is decided based on demand assessment by States/Union Territories. State Level Nodal Agencies (SLNAs), Urban Local Bodies (ULBs)/ Implementing Agencies (IAs), Central Nodal Agencies (CNAs) and Primary Lending Institutions (PLIs) are main stakeholders who play an important role in implementation and success of PMAY(U).

The Mission covers the entire urban area consisting of Statutory Towns, Notified Planning Areas, Development Authorities, Special Area Development Authorities, Industrial Development Authorities or any such authority under State legislation which is entrusted with the functions of urban planning & regulations. All houses under PMAY(U) have basic amenities like toilet, water supply, electricity and kitchen. The Mission promotes women empowerment by providing the ownership of houses in name of female member or in joint name. Preference is also given to differently abled persons, senior citizens, SCs, STs, OBCs, Minority, single women, transgender and other weaker & vulnerable sections of the society. A PMAY(U) house ensures dignified living along with sense of security and pride of ownership to the beneficiaries.

PMAY(U) adopts a cafeteria approach to suit the needs of individuals based on the geographical conditions, topography, economic conditions, availability of land, infrastructure etc. The scheme has hence been divided into four verticals as given below:

Tenements having a plinth area of 400 sq.ft with basic and social infrastructures are constructed at an average unit cost of Rs.10.00 lakh both as insitu reconstruction and resettlement at alternate locations to provide houses for families living in dense slums and other objectionable locations. This component is being implemented adopting the following funding pattern:-

Under the Beneficiary Led Construction, financial assistance of Rs.2.10 lakh is given to the eligible Economic Weaker Section urban households, to construct house on their own, with not less than 30 sq.m carpet area. Economic Weaker Section (EWS) urban households, not owning a pucca house, having land and with annual income of less than three lakh are eligible to avail the financial assistance under this scheme.

Beneficiaries of Economically Weaker Section (EWS)/Low Income Group (LIG), Middle Income Group (MIG)-I and Middle Income Group (MIG)-II seeking housing loans from Banks, Housing Finance Companies and other such institutions for acquiring, new construction or enhancement* of houses are eligible for an interest subsidy of 6.5%, 4% and 3% on loan amount upto Rs. 6 Lakh, Rs. 9 Lakh and Rs. 12 Lakh respectively. The Ministry has designated Housing and Urban Development Corporation (HUDCO), National Housing Bank (NHB) and State Bank of India (SBI) as Central Nodal Agencies (CNAs) to channelize this subsidy to the beneficiaries through lending institutions and for monitoring the progress. The scheme for MIG category has been extended upto 31st March, 2021.
The CLAP portal has significantly contributed towards streamlining processes under CLSS vertical which has also facilitated the Ministry in reducing in grievances.

Central Assistance of Rs. 1 lakh per house is admissible for all houses built for eligible slum dwellers under the component of ISSR using land as Resource with participation of private developers. After redevelopment, de-notification of slums by State/UT Government is recommended under the guidelines.
Flexibility is given to States/Cities to deploy this Central Assistance for other slums being redeveloped. States/Cities provide additional FSI/FAR or TDR to make projects financially viable. For slums on private owned land, States/Cities provide additional FSI/FAR or TDR to land owner as per its policy. No Central Assistance is admissible in such case. 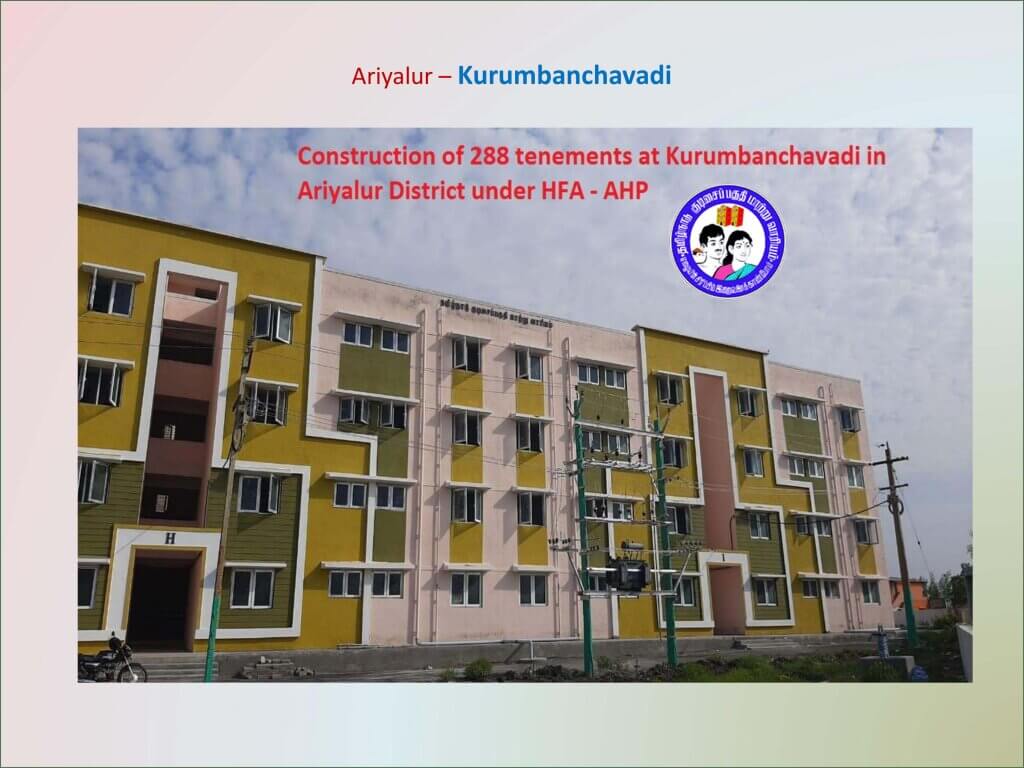 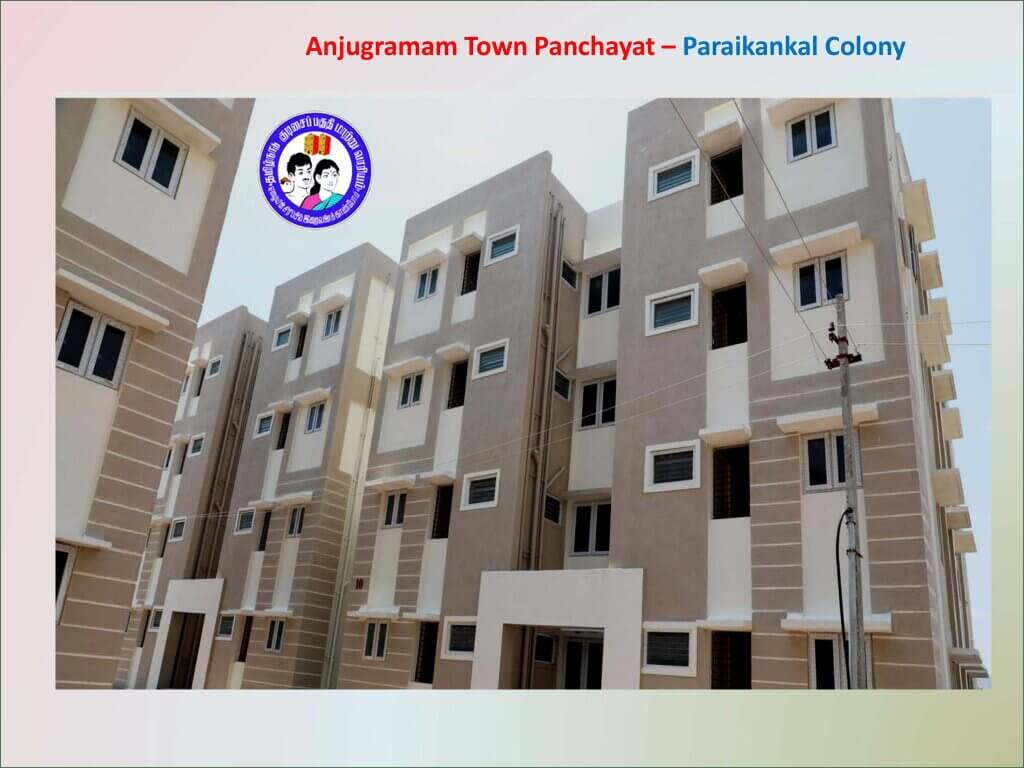 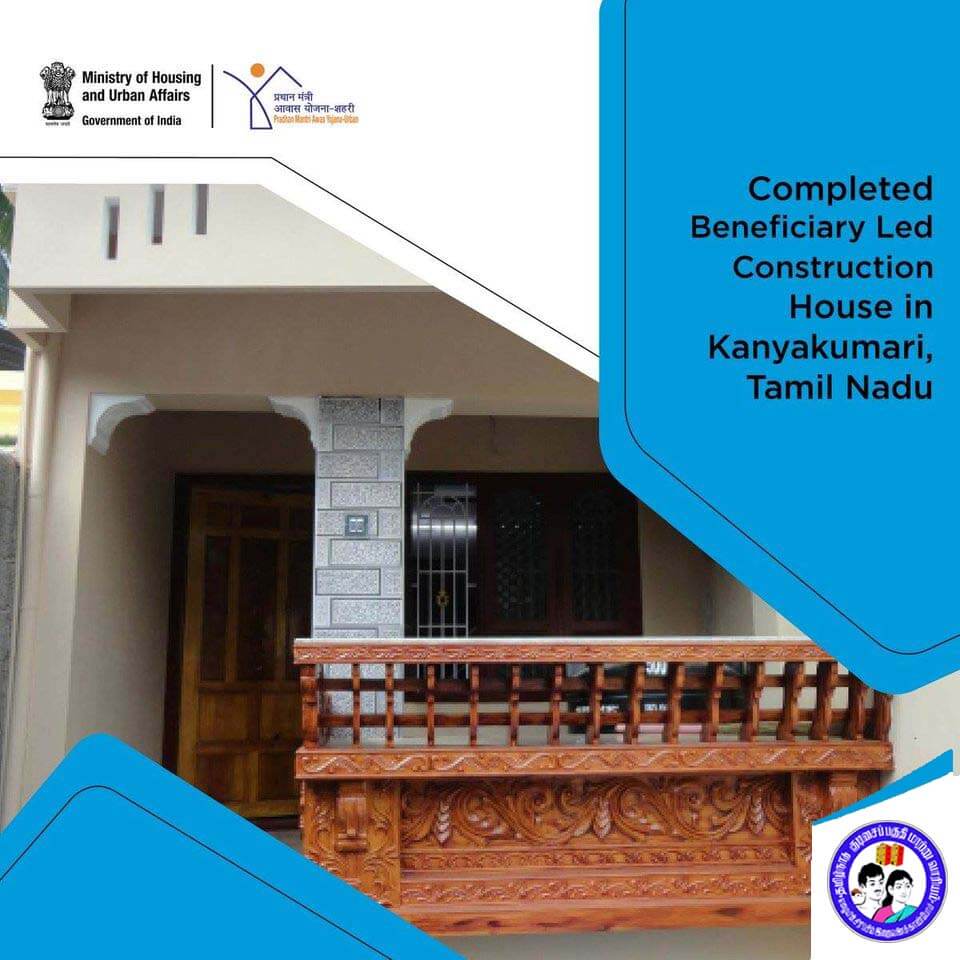 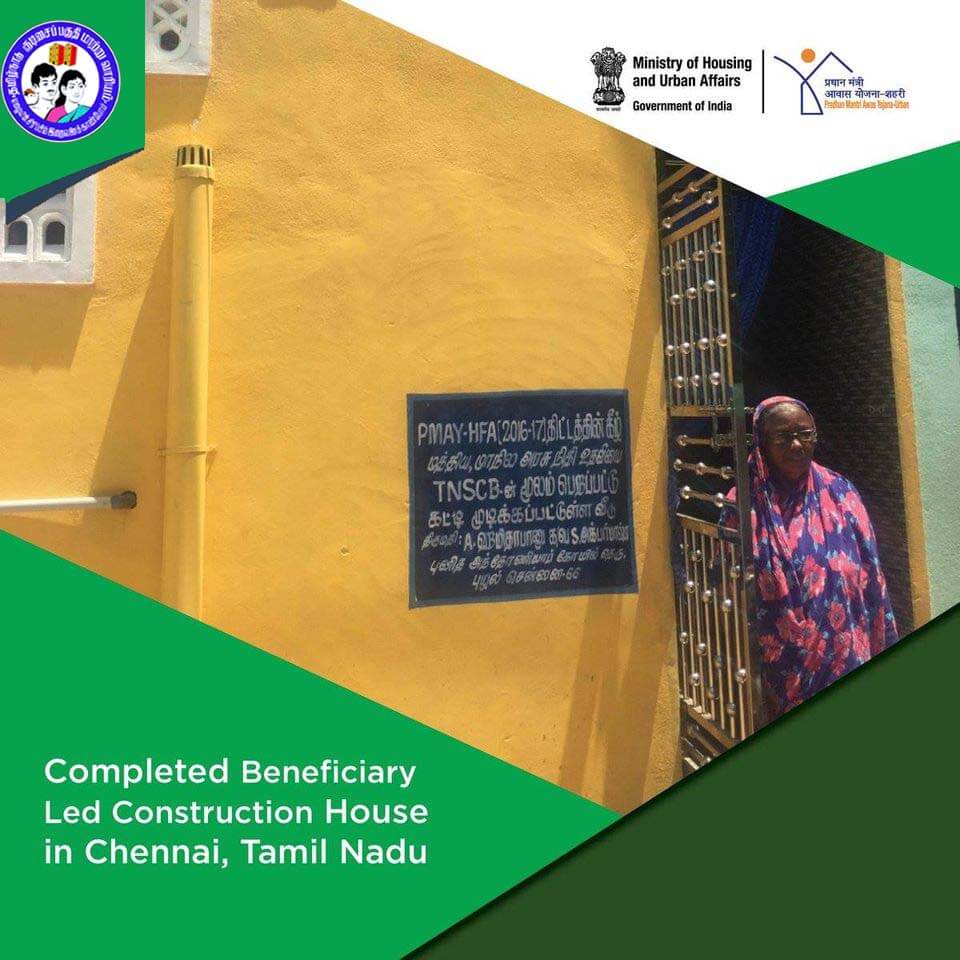 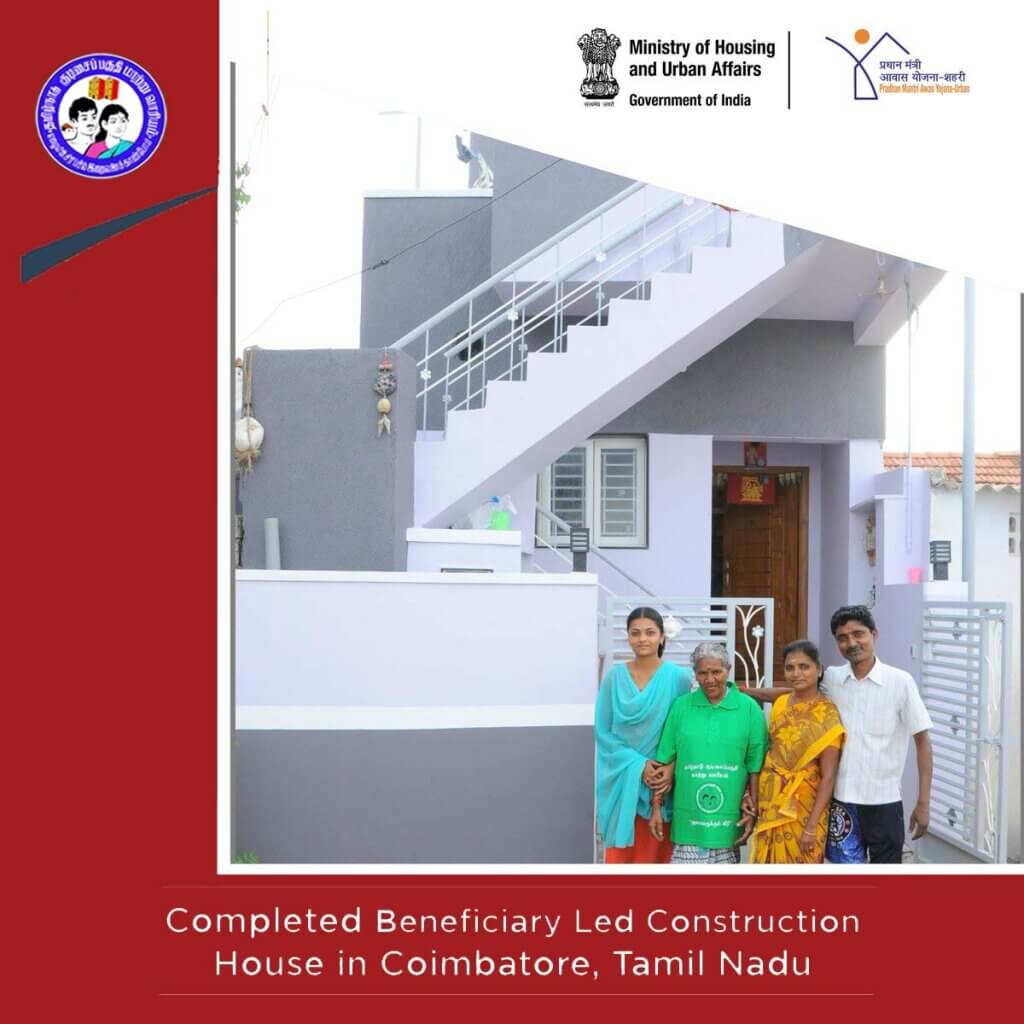 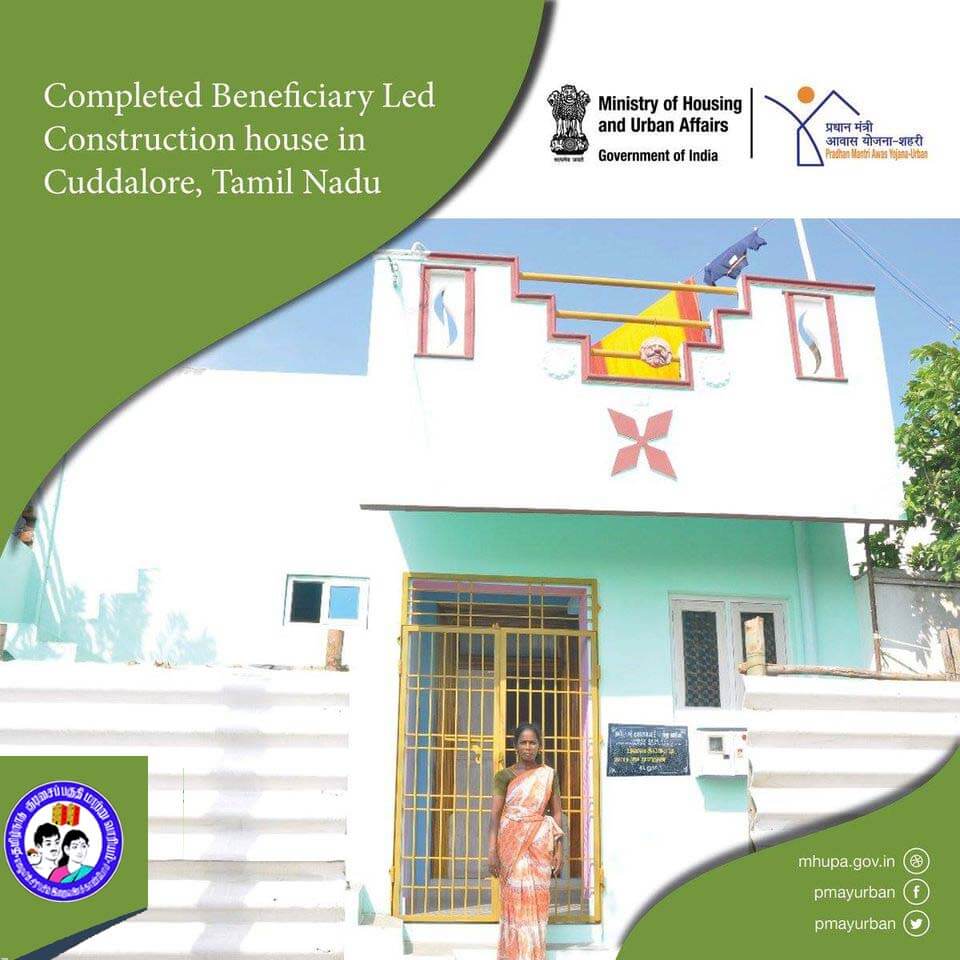